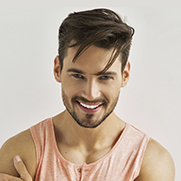 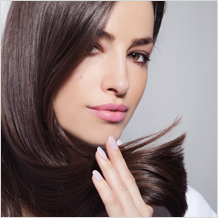 What is Nanofat Hair Restoration Treatment

Nanofat hair restoration treatment is a new, minimally invasive technique that uses the patient's own processed fat cells. In the past, fat grafting was used to restore volume loss and change the shape of facial features. But now, there is evidence that fat grafts can also help stimulate hair growth when placed into the hair follicle. This is similar to the process of PRP hair restoration.

Nanofat hair restoration begins by obtaining the fat cells for placement. This is done using liposuction techniques where adequate fat is present, typically on the thighs, hips, abdomen, or buttocks. Liposuction requires tiny incisions where a cannula device can be inserted and used to break up and gently remove the fat cells. This can be done under local anesthesia. The fat cells are then processed and purified and placed into a syringe. Small injections of the fat cells will then be placed in the scalp where thinning and balding have occurred.

Fat transfer, or grafting, from one’s own body to another site on the body, has been used in aesthetic and rejuvenative surgery for decades.

In recent years, however, a new form of bioregenerative medicine, known as nanofat grafting, has been gaining popularity.

This liquefied fat, known as nanofat, has high levels of mesenchymal stem cells, growth factors and stromal vascular fraction which have been shown to promote endothelial proliferation, collagen creation and new cell creation and differentiation.

This fluid is centrifuged to maximise the fat concentration and is then reinjected along the hairline to stimulate the hair follicles and promote hair regrowth.

After nanofat hair restoration, you can expect some redness and swelling in the injection sites, as well as some general discomfort, swelling, and bruising in the liposuction treatment area.

Rigenera Activa Therapy is a safe and effective treatment to fight with alopecia and other hair loss problems.

Q: How many sessions are required?

Regenera Activa treatment is a single session treatment that gives very good results. Studies have shown that in 4-6 weeks of time after the treatment, the hair loss stopped and the existing hair follicles generated new hair. There is no need for repeat unless desired in 15 months.

It is FDA and CE approved. 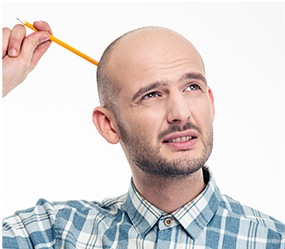 Why Robotic Hair transplant is the safest hair treatment The future hair transplant is here

Drop in your details & we will give you a call back

Cost Of Hair Transplant In Bangalore

Hair Weaving And Bonding In Banglaore

A common line of treatment cannot be suggested to all as health varies from one person to another so is the treatment & the duration. So Hairline International Hair & Skin Clinic is not liable for direct or indirect injury or damage caused to anyone on the basis/use of the information shared on the website.